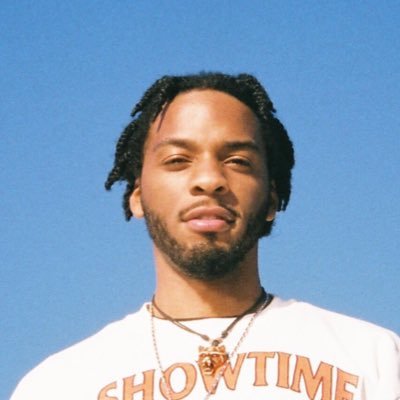 Armani White, the Philly native artist, took the stage at the ultimate hometown show last month: Made in America Festival 2018. According to an interview with The Inquirer, White has been going to the festival since it began in 2012, as a fan, and finally had the chance to see things from a new perspective.

You can check out a video of his performance here:

To preface, I had no idea who Armani White was before this interview, but when he made his way inside the press tent, he saw my recorder and asked if I wanted to talk.

I decided to seize the opportunity and below is the unedited, natural conversation that followed.

Who is Armani White?

Just an inner-city kid that grew up around hardships and learned that those hardships don’t necessarily make a hard person. You know, just because you grow up around one dull color doesn’t mean you can’t be a colorful person. That’s the message behind Armani White, more or less.

Childhood and just being a kid who refuses to grow up, kind of. It’s the energy within the music. I got this idea, I once read this in an interview with someone else. It was like, as a person you die two times. One time is when you actually die and the the time before that, is when the kid inside you dies. So I try to keep the kid inside of me alive as much as possible. I don’t wanna live up to someone else’s social constructs or norms. It’s like, “You have to go out and get this job, or you have to get out and do this, go to college-”. It’s like, word, well I’m just gonna do what I want to do- play at Made in America, make music that I love, and things like that.

Does acting like a kid all the time get you into trouble?

Absolutely. Sure, I guess.

Where does the “color” in your music come from?

I guess it comes from within. I’ve gotten to hang out with “dull colored people.” Those are the street characters. A lot of them are actually happy and colorful on the inside. The scariest guys are making jokes but they have this defense mechanism, this shield. They feel like they’re protecting themselves from who they really are. They’ll just show you whoever this “shield” is because they don’t wanna let anybody in. For me, it’s about breaking those walls down and being able to be myself around anybody. Around the scariest person, around the most welcoming, around you.

How would you describe your sound?

The way hip hop is supposed to be. It’s soulful, energetic. I take samples and flip them, throw an instrument on top of it that beefs it up. It’s like if James Brown had a flow, if James Brown was Kendrick Lamar. Live energy with live instrumentation, a message, meaning, and a storyline.

Which is your favorite song to perform and share with others?

It’s a song called “Wonderful”. It’s the breadwinner, my prizefighter. And when I play it, it changes the entire conversation.

What was “Wonderful” written about?

“Wonderful” is a song my 5 or 4 year old niece wrote. I just kind of stumbled in on a beat, I didn’t know what I wanted to write on this beat I was making. And then she came in and was like, “This my type of – type of day…”. But there’s an entire story in there. There’s one part that keeps on repeatedly saying, “I came a long way,” but it’s like you fight for me. I read a lot of times that people go into things saying, “I’m working to change my life,” and “I spent years trying to change my life.” You could do something in one day that will change your life as opposed to trying for years and years. Really, you’ve been building up for that one day. It’s about celebrating that one day that you built up for years and years that could change your life. Once it comes in with the “I came a long way,” it kind of characterizes that. But yeah, that’s “Wonderful”.

What other artists that are out there now, would you like to work with?

Busy! A lot of plane tickets. A lot of meetings and things, too. Free food. Meetings always come with free food. A lot of shows too, been wearing a lot of earplugs lately. Just very busy.

With all of that going on is it hard to stay grounded?

To be honest with you, not that I see this as a failure or anything, like I support anybody doing it, and think that everybody has their own path, but at one point I was about to go back to school. I was like- man, this shit ain’t working. It just so happened that I was like, let me give it one last push before Rutgers charges me again. I did it and here we are, at Made in America, touring.

Any upcoming tours in the works?